Below is a general guide to size classifications and some of the names given to them. Usually size is taken as a vertical measurement of the tree, excluding the pot. 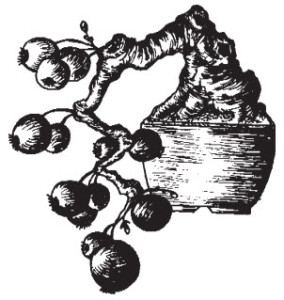 With miniatures, scale is of extreme importance so that the size of flowers, fruit, leaves, needles, branches and internodes should be small. Some varieties with naturally large leaves or long needles will reduce in size through bonsai techniques while some will not, however, some Japanese growers do use large leafed varieties for miniature bonsai by limiting the number of leaves and almost allowing leaves to do the job of layers of foliage. If the variety is deciduous, though, a tree shaped in this way will not look so attractive in winter without a fine tracery of branchlets.

Over the last 50 years the Japanese have been developing varieties with extremely dwarf growth patterns. These are called Yatsubusa and originate from selected clones from bud mutations and sports, witches brooms and seedling variations. Generally available trees that are suitable are maples, zelkovas, azaleas, miniature rhododendrons, figs, cotoneaster, pyracantha, crabapples, cumquats, buxus microphylla, junipers spruce, pine and cryptomeria. If the variety produces flowers or fruit, remember that these will not reduce, so choose varieties with naturally small features.

Producing miniatures from thick cuttings and air layers has the advantage of gaining an aged appearance very quickly and attractive characteristics can literally be hand picked.

For many growers, the pots used for miniature bonsai are equally as important as the trees, if not more so. The variety of colors and shapes is outstanding and now days the choice of brightly colored pots in exciting contemporary shapes is becoming the norm rather than the exception. Containers in the traditional austere, classical forms are still correct, however. The disadvantage of growing miniature bonsai is the horticultural difficulty of keeping trees in such tiny pots, in good health. Often they are seen to be bordering on an unhealthy or weakened state.

Trees either die due to rapid drying out or because the owner is scared that they will dry out and consequently over waters. Surprisingly enough, it is over watering that is responsible for most fatalities. For this reason you may want to plant in an extremely sandy mixture and then sit your miniatures in a larger tray that holds damp sphagnum moss, sand or gravel. When you water, the shallow tray will collect some water and provide extra humidity on hot days.

Good drainage is important as well as a fine grade of soil to encourage miniatures to have a better massed root system. However, it is still of utmost important to sieve soils to remove fine silt which would clog drainage holes and stop good aeration.

This is best done annually. Try to remove as many of the old heavy roots as possible. This will encourage more fine feeder roots which will make better use of the soil available in the pot. Every few years it may be necessary to plant your miniatures in a larger pot or in the ground for a year to boost their vigor.

A sunny position is best for your miniatures providing they don’t become bone dry. On extremely hot days it is wise to provide some protection from the sun. It is generally better to under fertilize than over fertilize miniature bonsai. The Ling Nan or clip and grow method is the best for pruning and shaping miniatures due to the difficulty in wiring them. This works well for deciduous varieties and less well for conifers. Frequent trimming is a major determinant of producing miniatures that look in scale. Remember to use sharp tools and to seal cuts. Also take care that wire does not cut into the bark. Because of the small scale, such wire marks will appear more obvious.

The same basic styling techniques common to all bonsai design apply to miniatures as well. Remember that simplicity is the rule. Make a simple statement with your miniature, don’t strive for complicated designs which might work well on a larger tree. You will find they only confuse the issue when smaller trees are used. Miniatures should be viewed at eye-level and are usually not exhibited individually, but rather, in groups, on stands that will hold many trees. On these multiple stands the general observance is that conifers are placed on the top shelves, deciduous lower down and grasses at the bottom. This is to simulate the way different varieties grow at fairly separate elevations in nature

Information and illustrations for this publication were extracted with grateful thanks from Bonsai, Its Art, Science, History and Philosophy by Deborah R. Koreshoff.